David’s father died of a heart attack many years ago in Boston Medical Center due to stress and unhealthy eating habits as a new immigrant to the USA. As a student at Boston College, he was shocked by his father’s death, but he never thought about the possibility that his diet could make his coronary arteries inflamed and blocked. His father had a typical American diet for over 60 years.

At age of 40 years old, David was diagnosed with high blood pressure and high cholesterol. He was told that lipitor generic would protect him from having a heart attack, so he faithfully took Lipitor for over 10 years. Every time he came to the Boston Chinese Acupuncture clinic in Needham, his upper back, lower back and right hip pain were bothering him. The strange thing is that acupuncture would help relieve the pain, but the pain always came back after one or two weeks. Considering that he had strong muscles and swam every other day, I was puzzled by his fixed right upper shoulder blade and lower back pain. The pain always got better after acupuncture treatment and always came back after a short period of time.

He stopped acupuncture treatment for a few months in 2010. One day he suddenly called me, asking if acupuncture treatment can relieve anxiety. He told me that he had had a quadruple bypass a few months ago. After the surgery, he developed anxiety. He had to take anti-anxiety medications, which made his urine retention worse because of his enlarged prostate and weak bladder muscles.

Also Read: What are Natural Ways to Cope with Anxiety?

When I read his blood report from Boston Medical Center, his cholesterol was within the normal range with the daily Lipitor and his routine sweets intake. He should have been protected from getting a heart attack. It seems that Lipitor did not really protect him from his coronary arteries getting blocked. Furthermore, Lipitor can also cause weakness of the bladder muscles and back muscles. If he would have changed his diet and not used Lipitor, I think his upper and lower back pain and urine problem may have been relieved without surgery.

Here is another example of how changing one’s diet can be more effective than medications in preventing a heart attack. Mr Lin did not eat a healthy diet when he was young, and he had a heart attack when he was 70 years old. He started taking Lipitor according to his cardiologist’s instruction. He also changed his diet. He was a small business owner and knew how important his health was. He developed muscle weakness and leg cramps due to taking Lipitor. After 10 years of Lipitor, he told his cardiologist that he did not feel well with taking Lipitor, and, since he was 80 years old, he did not care so much about getting another heart attack, but he did not want to lose his strong muscles and ability to walk and work. He stopped the Lipitor on his 80th birthday and continues with his carpentry work and a plant-based diet. He is now 94 years old and still cleans his own yard in Wellesley, located just west of Boston. 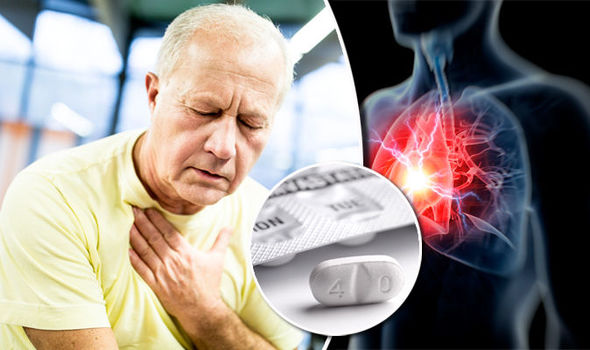