Glaucoma affects an estimated 3 million Americans, blinding one hundred and twenty thousand. Elsewhere in the world, glaucoma treatment is less available, and glaucoma ranks as a leading cause of blindness just about everywhere. Even if people with glaucoma do not become blind, vision can be severely impaired. Tunnel vision develops so that a person can only see objects that are straight ahead.

Glaucoma is a specific eye condition in which the optic nerve is damaged. It may lead to permanent blindness if not treated in time. In its early stages, glaucoma has no symptoms. In fact, 40% of the optic nerve can be damaged before you notice any vision loss. Regular and complete eye examinations are the best way to detect glaucoma, especially if you have to stare at a computer for more than 4 hours every day. Glaucoma is characterized by the building up of intra-ocular pressure, caused by slow draining of fluid in the anterior chamber of the eye.

As it may go unnoticed for years, it is in the best interest of a person with diabetes or a family history of glaucoma to visit an eye specialist at least once per year. As there is no cure for the loss of vision due to glaucoma, early diagnosis and immediate treatment for glaucoma in its early stage are critical.

Some patients have normal eye pressure, but the fluid circulation around the eyes is not sufficient, and they can also have vision problems. The common treatments for glaucoma in serious cases are surgery, or in minor cases using eye drops to control the eye pressure but when the eye pressure goes too low, the eyes do not have enough fluids to nourish them and dry eye and blurry vision can occur. Acupuncture can improve the circulation around the eye area instantly. If patients with glaucoma can combine their medication with acupuncture treatment once or twice a week, they can reduce the eye drop dosage and avoid dry eyes and eye surgery.

Are you thinking about acupuncture treatment for Glaucoma?
Call us at 781-449-1813, or book an appointment online.

Acupuncture Research Published in the J. Chin Med. in 2016

The acupuncture research published in the J. Chin Med. in 2016 by Dr. Yeh TY et al. indicated that Electrical acupuncture on UB61 and UB62 can lower the eye pressure in patients with glaucoma in a randomized controlled trial. 82 patients with high eye pressure were selected from the North of Taipei Ophthalmology outpatient department. They were randomly selected into the treatment group in which the TEN1s electrodes were used with the direct current on the acupuncture points UB61 and UB62. The control group did not receive the electrical current. The eye pressure was taken before, immediately after, 30min after and 60 min after tens electrode treatments. The result showed that eye pressure decreased more in the group treated with the electrical current on UB61 and UB62 then the control group in patients with glaucoma.

Also Read: Why does glaucoma occur in an increasing number of young people?

1. Certain medical disorders. Diabetes, extreme nearsightedness, and previous eye surgery are risk factors for chronic glaucoma. Additionally, if you have a condition that requires the use of oral or inhaled steroids or particularly high doses for prolonged periods, that can increase your risk as well.

2. Ethnic background. Chronic glaucoma is four times more common in African-Americans than in whites. It also develops earlier: African-American risk starts to increase after age 45, white risk at age 60. Among whites, groups at higher risk include people with Scandinavian, Irish and Russian backgrounds.

Glaucoma affects both eyes, but there may be more elevated eye pressure in one eye.

There are three main types of glaucoma and some minor types:

Open-angle glaucoma- This is the more common form of glaucoma, which accounts for 90% of all glaucoma cases. This is a lifelong symptom that develops slowly and most often goes unnoticed. In this type, the iris and the cornea for normal angles.

Angle-closure glaucoma– People with this type of glaucoma experience a sudden increase in eye pressure that requires immediate treatment as it may soon lead to blindness. In this case, the iris and cornea make a narrow-angle, and its symptoms, including redness of the eye, headache, blurred vision, and severe eye pain are prominent and easily noticed and the pupil does not dilate. Acute angle-closure glaucoma may be triggered by dilating the pupil, resulting in more of the iris blocking the angles. Dim lighting drops administered by your eye care practitioner during an eye examination to dilate your eyes, or certain medications, such as antidepressants, sulfonamides, topiramate, or phenothiazines, antihistamine/decongestant drops or cold medications, high stress and extreme excitement, may cause an acute angle-closure attack.

An acute attack of narrow-angle glaucoma also termed acute angle-closure glaucoma or acute closed-angle glaucoma, produces sudden symptoms, such as eye pain, headaches, halos around lights, dilated pupils, blurred vision, difficulty adapting to darkness, red eyes, nausea, and vomiting. These signs may last for a few hours, then return again for another round. Each attack takes with it part of your field of vision.

The medical condition can lead to angle-closure glaucoma:

Congenital Glaucoma– This rare type of glaucoma affects babies who inherit it from either of their parents. It is characterized by the incomplete development of the drainage canals of the eyes during the prenatal period. This is treated by microsurgery or medications.

Pigmentary glaucoma– This type of glaucoma is caused by pigment from the iris clogging the draining angles preventing aqueous humor from leaving the eye. Over time, the inflammatory response to the blocked angle damages the drainage system.

Boston Chinese acupuncturists have accumulated a lot of experience in treating glaucoma with electrical acupuncture. The Acupuncturists ask the patients to get the eye pressure measured before and after the acupuncture treatment. Patients with glaucoma were so surprised that their pressure can be normalized with once a week acupuncture treatment and their dry eye condition is improved greatly after 12 to 24 treatments once a week, then every other week to maintain the good pressure and circulation.

Mr. George Yang was born into a well-educated family near Boston. With hard work and connections, he got into Harvard University in Boston and graduated 40 years ago. He has become a prolific and famous writer over the past twenty years. With the advent of computers, his writing speed has become faster and faster. He published many important articles in influential newspapers in the Boston area. But his eye sight started changing around 50 years of age and his prostate became inflamed with daily consumption of alcohol. Many writers think they can get inspiration while drinking alcohol. That may be true but the alcohol not only damaged neurons and prostate, but also damaged important networks: blood vessels. Once the blood vessels and nerves were inflamed, prostate cancer, eye problems and impotence arrived one after another.

Mr. Yang, came to the Boston Chinese Acupuncture Clinic initially to help with his increased eye pressure, which was around 20 to 23. As a famous writer in the Boston area, losing his vision could be devastating to his career. The acupuncturist in Needham started using a specific protocol to relax his neck and eye muscles. After 3 months, Mr. Yang went back to a hospital in Wellesley and got his pressure checked again, surprisingly his eye pressure dropped to 17. His dry eye problem started to get better and his vision improved. After his eye pressure went down, he started having acupuncture once a week instead of twice a week. While his acupuncturist continued to treat his eye problem, he mentioned that he would like to improve his sexual function.

Whilst we advise you to speak to a doctor, like those at the Specialty Eye Institute, there were fantastic results in this instance. After half an hour, he measured his eye pressure again, it dropped from 22 to 18. If he had an acupuncture treatment, his eye pressure sometimes would drop even lower for a few days. He now practices acupressure with meditation together and has acupuncture every two weeks to maintain his vision and testosterone levels. 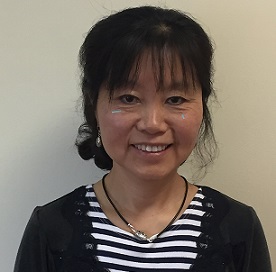