Cary was born in Wellesley, Massachusetts and began his education at a private elementary school in Dover. He is a second-generation immigrant from Cuba and was told by his parents that attending college would help him change his social status. Cary has always been very good at math and joined many math competitions. Eventually, he attended Boston College with a scholarship because of the awards he won while in high school. By the age of 18, he was 6’4”, strong, and very active. Cary enjoyed playing basketball, but while he was playing basketball, he injured his right ankle. He never went to the hospital and consequently, his ankle did not heal properly. However, Cary did not have ankle pain until he started working in front of a computer for over 20 years.

Because he did not eat a lot of processed food or drink soda, Cary had no pain for 20 years. However, by the age of 47, he developed left elbow tendonitis, and he had tremendous pain in his left knee and right hip when he would run. He went to an orthopedic clinic in Dedham, and a MRI showed that he had swelling of the soft tissue in his left elbow and wrist, and his right hip had bursitis. He also noticed that his left ankle area developed a burning pain if he sat or stood for a long time. The orthopedic surgeon offered cortisone shots, but he did not want to have the shots because he was told that steroids can reduce his immune function and also weaken his ligaments and muscles. He went to Boston Chinese Acupuncture in Needham hoping acupuncture can help his tendonitis, neck pain, back pain, neuropathy, and bursitis.

His acupuncturist in Needham examined his elbow, hip, neck and right foot. Afterward, she went through his diet, looked at his tongue, and took his pulse. His acupuncturist showed him the most recent research about how acupuncture can help speed up the healing of tendonitis, low back pain, and neuropathy. He decided to try twelve acupuncture treatments. In the meantime, he stopped eating a lot of spicy food and processed food. Throughout his course of treatment, his Boston acupuncturist applied needles to points on his head, left elbow, left wrist, right hip, right ankle, and left knee.

After three acupuncture treatments, his tendonitis, hip pain, and ankle pain were reduced by 30%. Happy with the results, Cary continued with another 6 acupuncture treatments, and now, the tendonitis on his wrist and elbow is gone and his right hip bursitis does not bother him when he sleeps on his right side. Now, his acupuncturist in Needham is working on his allergy-related nasal congestion and neuropathy in his right ankle due to his old injury. 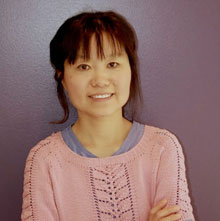