Mr. LI came to Boston Chinese Acupuncture for his left ankle pain in 2016. He had been practising Tai Kwando for many years and had multiple injuries around his ankles. His right knee had a partial replacement and the left ankle had the tendon transplanted from a cadaver. It was amazing that he had no knee pain or swelling after his knee surgery. He said that he had loved to eat sweets since his childhood, and he was in the sugar business until he reached fifty years old. He was a very smart man and made enough money that he could stop working in his early 50s. He loved travelling and collecting artworks. It seems that his life was perfect after his retirement with enough money and a beautiful wife. He continued to eat a small number of sweets, and he drank about one glass of wine or other kinds of alcohol every day.

Ten years after his retirement, he was diagnosed with prostate cancer, he had surgery to remove the prostate using the newest techniques that were minimally invasive at Boston Medical Center. His PSA was back to normal, he was told he was free of cancer after that. But after surgery, he felt numb in the lower abdominal area and he developed impotence. He reported that he still had a strong sexual drive, but he had developed. ED (erectile dysfunction), and he lost morning erection, indicating that he suffered from nerve damage after the prostate surgery. We have been using electrical acupuncture to help the nerve regeneration and relieve his left ankle pain for 3 months.

Most of my patients can gain back their normal sexual function after 3 to 10 months of acupuncture treatment. Mr. Li has reduced ankle pain after 12 treatments, and he is able to walk for 30 minutes without pain. But Mr. Li loved sweets and alcohol. Those two factors, unfortunately, can lead to inflammation of the nerves and blood vessels. He also has had diverticulitis (inflammation in his intestine) for many years. His digestion was not strong enough to absorb sufficient vitamins and minerals. Without these important nutrients, he could not repair the pelvic nerve and blood vessel damage as fast as other men who do not drink alcohol regularly and eat sweets every day after surgery. He had been very patient to wait for his nerve regeneration so he could restore his function.

A few months after I treated Mr. Li, he got his blood work done and his testosterone was 500, which is not bad for 75 years old. In the meantime, he was told he had an aneurysm in his lower abdominal area, which could cause severe bleeding. This is another sign of inflammation in his blood vessels, which causes the weakening of the blood vessels due to diet and digestive problems. He had surgery to remove the aneurysm in the fall of 2017 in Newton Wellesley Hospital, he recovered well with regular acupuncture treatments. His ED has not yet been fixed because of his diet. Mr. Li has been very patient, but he needs to change his diet and improve the absorption of the vitamins and minerals in order to regenerate his nerves in the perineum area.

When we pass a certain age, the growth hormones and testosterone are much lower than people in their twenties. Any trauma will take a longer time to recover from. Prostate surgery does damage some nerves which control erections. It is very critical to improve circulation so that the nerves can regenerate. In one of my previous cases, one man had so many surgeries to correct his varicose veins in his lower abdominal area, yet he still had a normal function even with low testosterone levels, because he had a very healthy diet and only drank alcohol occasionally. 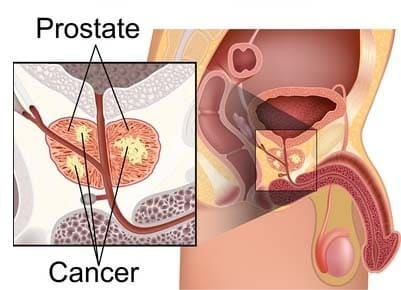